There are three places where the super capacitor is needed for the LED drive power supply. One is the filtering and energy storage and release after AC/DC rectification; the second is the ripple bypass of the driving integrated circuit; the third is the power output circuit after being controlled by the driving chip The residual ripple current needs to be filtered out.

The filtering and energy storage and release after AC/DC rectification must use super capacitors. By storing and releasing the rectified DC voltage that can output smoothly through its electric energy, it absorbs the ripple current generated by the rectifier circuit and absorbs the LED drive circuit. Circuit ripple current. Smooth the rectified filter voltage to 20% of the average value, AC 176V rectified to 200VDC, and may produce 40V peak-to-peak ripple voltage, need 1μF/W capacitance to filter, such a large capacity is low Under the cost requirements, only electrolytic capacitors can meet the requirements. When the capacitance of the filter capacitor is 1μF/W, the corresponding filter angular frequency is 15.2 radians/second. It can be seen on the characteristic curve of the rectifying and filtering capacitor that the current flowing through the capacitor is almost 3 times the average current of the rectified output and about 1.5 times the effective value of the AC input current; or about 7 mA in terms of output power /W, considering the comprehensive factors such as efficiency, can be approximated to 10mA/W. 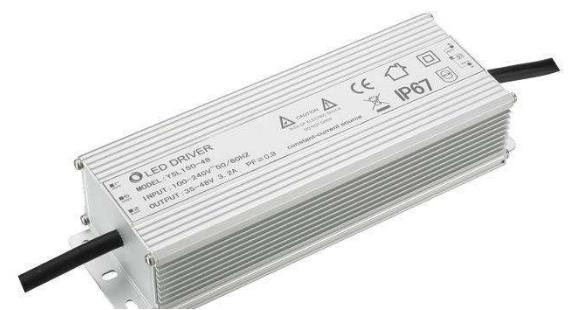 General low-power LED drive circuits mostly use flyback circuit, and it is current intermittent type at 220V voltage level. In this state, the current demanded by the flyback circuit from the rectified output is an intermittent sawtooth wave. Its AC component requires a filter capacitor to absorb it. Calculated according to the duty ratio of 0.4, each output of 1W power needs 10mA effective Current. For comprehensive consideration, each μF requires about 15mA rms current. Considering sufficient ripple current withstand capability, it is recommended to use low ESR supercapacitors.

The use of super capacitors in the ripple bypass of the driver integrated circuit can further reduce the noise of the system circuit; the small change in the capacity of the electrolytic capacitor during the lifetime can make the regulation output more stable; the storage and release of energy make the IC control more accurate and reduce the output The burden of the filter capacitor.

Controlling IC power supply bypass capacitors also requires long life of the LED. The long-term stability of its capacitance is critical, which is related to whether the power supply voltage of the control IC is smooth and to minimize the impact on the output of the LED drive circuit. This electrolytic capacitor has a very small volume of application space and a small ripple current, but long-term stability, small size, and long life characteristics are necessary.

Application
Products
NEWS ＆ BLOG
Related Supercapacitors at KAMCAP
Get In Touch With KAMCAP
Want to buy high-quality supercapacitors？ Fill out the form and we'll get back to you ASAP.
Related Applications