The Supercapacitors: its Basic Principles, Classification, and its Electrical Performance

In these days, the energy storage systems are playing an increasingly important role in different fields, and the relatively typical fields are like electric vehicles, power systems and some other fields. In this context, the super capacitors, as an energy storage technology, possesses excellent performances such as high power density, maintenance-free, and long life, and it have become the focus of attention in academia and industry.

The basic principles and the classification of the supercapacitors

Ⅰ. The working principle of the supercapacitor

As shown in Figure 1, the supercapacitor is mainly composed of many parts, like current collectors, electrodes, electrolytes, and separators. The role of the separator has the same function as the separator in the battery. It isolates the two electrodes to prevent short circuit between the electrodes and allows ions to pass through. The basic principle of supercapacitor energy storage is to store electrical energy through the electric double-layer capacitance formed by the charge separation on the interface between the electrolyte and the bath solution. 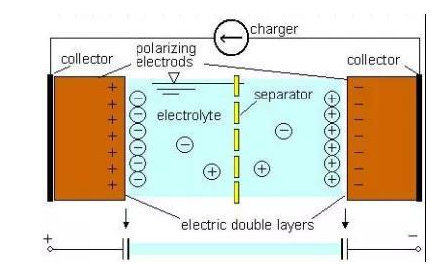 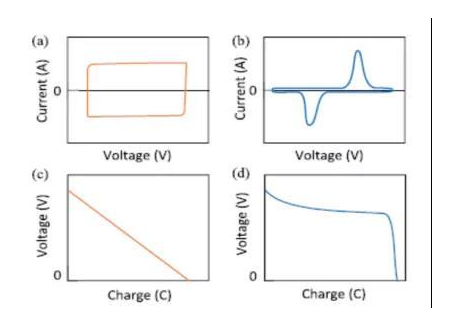 1. The storage mechanism of the electric double layer capacitor

The electric double layer effect occurs at the interface between the electronic conductor and the ionic conductor, which is present in almost all electrochemical energy storage systems. However, it is generally regarded as a side reaction in electrolyzers, fuel cells, and batteries, and it will not be regarded as the main energy storage mechanism. On the contrary, the working principle of supercapacitors is based on this effect, which requires supercapacitors to maximize this effect in the design and development process.

This storage mechanism is mainly based on the redox reaction of metal cations in the electrode, usually accompanied by the redox reaction of metal cations. The extraction and insertion of metal cations in the electrode material phase extraction will cause the gain and loss of electrons in the material and then stores energy. It mainly includes two ways of material phase transformation or alloying reaction. When these electrodes are charged and discharged, a plateau voltage will appear, which corresponds to the redox peak voltage in the cyclic voltammogram, as shown in Figure 2 (b) and 2 (d). Compared with the other two types of capacitors, Faraday capacitance have higher stored energy, which is generally 10-100 times that of electric double layer capacitors.

Some electrode materials that exhibit Faraday effect, such as Ni (OH) 2 or similar battery electrode materials, are considered to be pseudocapacitive materials in many literatures, which is confusing to the readers. Although this type of material has a higher energy storage energy density and is limited by the solid phase diffusion of the material ions, the high-power charge-discharge performance is far worse than the pseudocapacitance material.

Ⅲ. The classification of the supercapacitors

2. Classification according to different electrolytes

The electrochemical performance of the supercapacitors

Ⅰ. The relationship between the voltage and the capacity 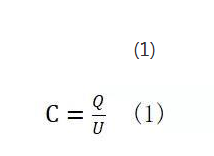 U is voltage and Q is charge

The study found that it is precisely due to the existence of this solvation phenomenon that the supercapacitor cannot achieve full discharge under high power. It is reported that depolarized ions and dissolved polarized ions account for about 20% of the electrode surface area in commonly used capacitors.

The study has found that it is the existence of this solvation phenomenon that enable the supercapacitor to achieve full discharge under high power. It is reported that depolarized ions and dissolved polarized ions account for about 20% of the electrode surface area in commonly used capacitors.

During charging and discharging, the ions and the electrons in the supercapacitor will have some movements. On the one hand, due to the Joule heat generated by the movement of electrons, it will convert the kinetic energy of the electrons into heat energy, which will dissipate through the conductor. On the other hand, the ions will be rubbed with other ions during the movement of the electrolyte to generate heat. The voltage which offsets these two energy consumptions is proportional to the transport ion or current, and this phenomenon is called the ohmic polarization phenomenon of supercapacitors.

If you are interested in more details about relative products, please feel free to contact us, you can send a email to info@kamcap.com or dial at +86-18640666860. 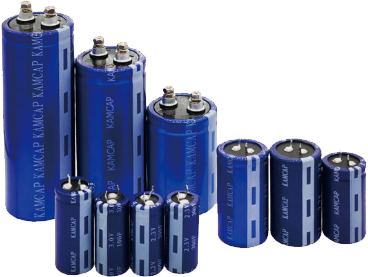